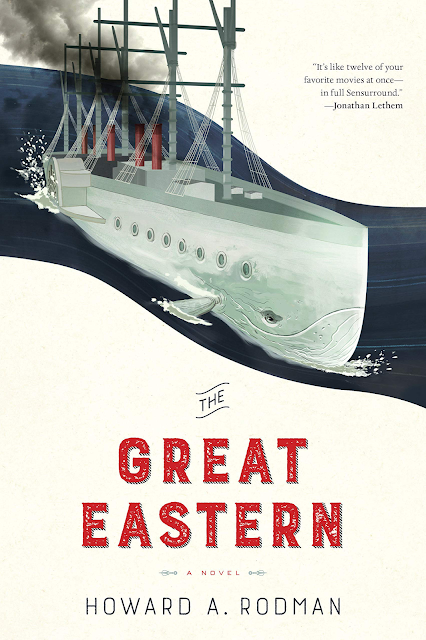 Posted by louisboxer at 6:03 PM No comments:

Carole Mallory--From Hometown to Hollywood and Back Again from Sally Sharp-Paulsen on Vimeo.

Posted by louisboxer at 1:47 PM No comments: 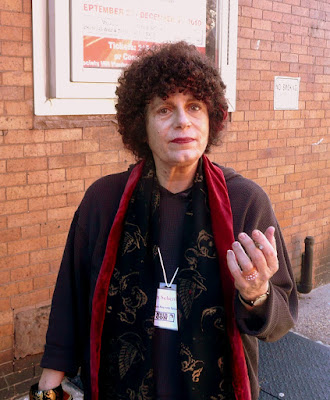 NoirCon 2016
Joan Schenkar, who started her career as a playwright but switched to biography, producing an especially well-regarded take on a complex literary figure in 2009 with her book “The Talented Miss Highsmith: The Secret Life and Serious Art of Patricia Highsmith,” died on May 5 in Paris. She was 78.
Joan Schenkar, Biographer of Patricia Highsmith, Dies at 78
Sending much love across the miles [and for all time.] Lou
Posted by louisboxer at 1:45 PM No comments:

HOW TO NOIR [FOR REAL] by Kent Harrington 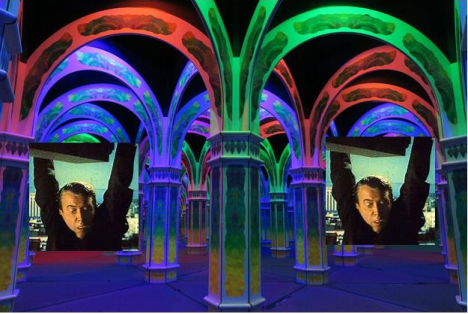 “You’re meant to go on the journey, pass through the maze, understand the things you need to understand for the stakes of  the scene you’re in… “

There is a moment when you are peaking on ACID that is indescribable: both torment and ecstasy. But out  there, at the edge, is where you pass through the maze Nolan refers to. Only by passing through the maze do  you understand that you can’t understand. You don’t write novels, novels write you. LAST SEEN in many ways is  complex, perhaps more so than most modern thrillers, but it reflects, well… me. Please see below:

I left home early. I was just 16. I walked into the front door of a foster-care home, (my newly remarried mother was moving to Florida with her stockbroker sans son); and as my mother spoke to the foster father, I proceeded  out the back door. And I was free from any kind of adult authority and into the arms of a psychedelic San  Francisco. I had already done time in a military school and was done with all that. I knew about guns, D-Day  landings… Rome’s victory in Gaul… but nothing about life that day. I would learn.

There were drugs. There were crash pads. There were criminals. There were girls who were lost like I was who ended up badly. I think I got that part in the new book LAST SEEN. Lost women. I love characters who can come  back from that. Personal redemption, man or woman, it is a classic Noir theme, and I believe in its power.

I ended up in the most serious of demimondes, a collection of house boats in Sausalito where the cops never  ventured. The notorious place was called Gate 6. It was policed by the dealers. There were successful screen  writers, mad hippies, rock stars, dope fiends, violent still-wearing-their-jungle-boots Vietnam vets fresh from

the Tet Offensive, runaways from Kansas. All the people that didn’t fit anywhere ended up there. I wrote about  it in the RAT MACHINE. The “6” had one of the best views of San Francisco I’ve ever seen. It was where “Dock Of  The Bay” was written by Otis Redding.

I sold grass to survive, to every kind of freak who picked me up while hitch hiking; I had no income otherwise. I  wondered when I would be arrested. Narcs were everywhere. Another Noir theme: the threat of state violence.  Best manifested in Jim Thompson’s masterpiece the Killer Inside Me.

My opening line, when picked up hitchhiking, after settling into the car was: “Can I interest you in some  marijuana…?” wearing my best Irishman’s’ fey smile. Remember this is when even one ounce of grass would put  you in a federal prison. I’d been in Juvenile Hall and didn’t want to go back. Cold room, no shoes. Basketball  with 17-year-old cutthroats in a locked court with no guard and no mamma to help you.

The big-time dealer who hired me had recruited high school kids to sell dope, scores of them. He had a cool  house in Lagunitas. He was later murdered in a SF hotel when he ventured into a more violent trade… I almost  followed him as he found out that I spoke perfect Spanish had been to military school (I taught him how to clean  his new pistol. Went with him to buy it at the SF Gun Exchange.) “How do you know that shit, man?” I explained  that my Aunt Carmen had given me my first sidearm when I was twelve in Guatemala. A “Chief Special” which  she thought I should carry there. It’s that kind of place. “No shit” he said. There were some guys that were from  out of town, he told me, pushing a cleaning rod through the barrel of his new purchase. He suggested I should  come along. I decided to go to college instead. Good choice or I am sure I would have met the same fate: Manos  arriba, motherfuckers! My good friend, now dead, James Campbell, a real gangster, used to make sure he used a  sawed-off shotgun when at work, the barrel cut so short, you could see the red plastic circle of the shotgun shell  when it was pointed at you. Very Noir.

The new novel in the SF series LAST SEEEN is about a lot of things including the use of LSD as a treatment for  addiction and PTSD. Apparently, it works! The drug was used to treat alcoholism before “The War On Drugs”. [That war is still going on!] I had a lot of experience with the drug so I knew I could write about it truthfully. And  if there is any drug that is associated with my hometown, that’s it. I suppose LSD and San Francisco go together like hippies and Rock & Roll.

My literary influences in those days were many as I was always bookish. I would carry with me Ernest  Hemingway’s short stories “The First 32” along with my triple-beam scale. I still have that book. It was the one  thing I made sure I took from pad to pad. I was the psychedelic version of Nick Adams, I thought, using a bow to  shoot trout in a creek near Bolinas. Naked bacchanals complete with bonfires on deserted Marin beaches. Quail  hunts at the crack of dawn. There was lots of room to be young then.

Movies, too, were important to me on the way up the trail. The Maltese Falcon, Michael Cain in Get Carter, and  Mona Lisa (no one is as scary as Caine when he plays a gangster). Vertigo has a moment in Muir Woods that is  one of the most beautiful quiet moments in film. Stewart and Novak, silent lovers. When I write scripts, I always  think of the quiet moments. The power of what I call the No Dialog. The moment when you experience a telling  silence between the characters. I love those moments. The words not said.

What about the Maltese Falcon, the quintessential 20th century noir movie set in San Francisco directed by John  Huston. His first directorial outing. The irony is I would walk the streets of the city with Huston’s son, Danny a  movie star in his own right, discussing a film we were trying to get made based on my DIA DE LOS MUERTOS set  in Tijuana. We’d walk past Dashiell Hammet’s famous haunt: John’s Grill. Danny sounds just like his dad John,  uncannily so. It was as if I was walking into history’s maze.

I’ve had my Hollywood Days and they’ve been fun. Sometimes I feel like those old script writers that haunt that  LA…

A black old-school TELEPHONE RINGS… a MAN picks up the receiver. We HEAR a front door SLAM. ANGLE ON  WRITER, bookish, 60ish, been there and back.

WRITER’S POV – WOMAN’S EARRING on the nightstand. He picks it up, looks at it. Turns towards the phone…  FILM DIRECTOR (VO)

Are you Kent Harrington?... I’ve got a book I need to make work on screen.”

It happened not too long ago. I took the job and had fun because it was set in Mexico. And, like John Huston, I  love Mexico. I don’t regret running out that foster-home backdoor that afternoon. Always run from those that  are holding you back. In a way, by writing novels, I’m still running.

My new novel is called LAST SEEN. It’s the  second installment in a series based in my hometown. A cop book. It is as complicated as my life has been. 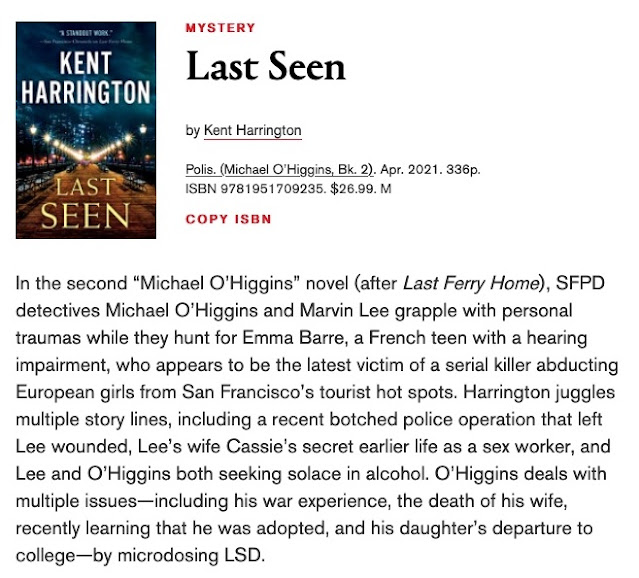 Posted by louisboxer at 6:32 PM No comments: