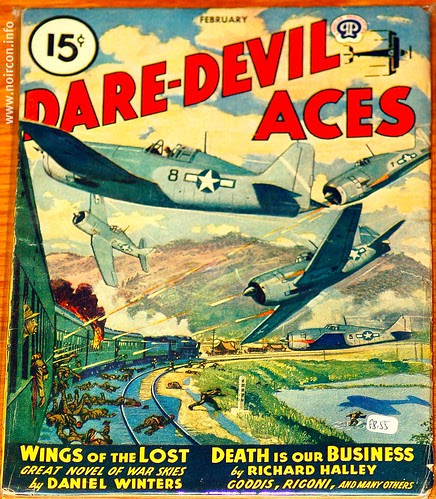 THE LAST DOGFIGHT by David Goodis
When war birds roar over bullet-scarred skies, a certain breed of fighters will always vow: "I am knocking out enemy wings today - or this is my last dogfight!"
DECOY MANEUVER by Logan C. Claybourne
White-faced, tense, he went up for his last fateful dogfight - a man who had to give his life away - to save another man's medals!
Robert Sydney Bowen:
Robert Sidney Bowen, Jr. (1900-April 11, 1977) was a World War I aviator, newspaper journalist, magazine editor and author who was born in Boston, Massachusetts and died of cancer in Honolulu, Hawaii at the age of 76.  He is best known for his boys' series books written during World War II, the Dave Dawson War Adventure Series and the Red Randall Series. He also worked under the name R. Sidney Bowen and under the pseudonym James Robert Richard.
During this time, Bowen lived in Wilton, Connecticut, writing seven days a week, from 9 to 5, in an office that he rented over an old garage. He averaged 10,000 words per day, and could complete a novel in ten days. He also never revised his work, believing that any tampering with the story would ruin it. 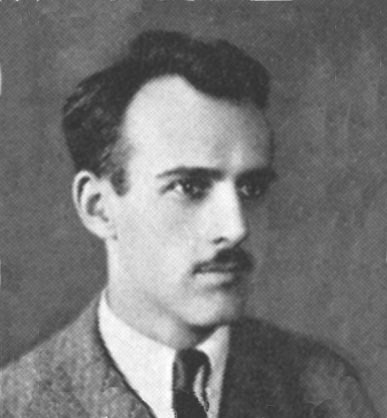 
He worked from 1915 to 1920 in the drafting department of the Curtiss Aeroplane Factory, which was only three blocks from his family home. He was transferred to a Brooklyn factory in 1921, and afterwards studied art at Brooklyn's Pratt Institute, and received his certificate in 1926.
Blakeslee became a leader in the field of avaiation pulps, as well as a top cover artist for railroad pulps. He was also a top pen & ink man, who drew over one thousand interior black and white story illustrations for Popular Publications, his primary publisher. Blakeslee painted 423 pulp covers — 306 of those appeared on every issue of Battle Birds, Captain Combat, Dare-Devil Aces, Dusty Ayres and His Battle Birds, andG-8 and His Battle Aces, which was an amazing feat that no other pulp artist can claim.
He and Harry Steeger (publisher and founder of Popular Publications) lived on Long Island and were both sailing enthusiasts. They volunteered for the civilian Coastal watch during WWII and "watched for U-Boats" while they were doing their sailing. 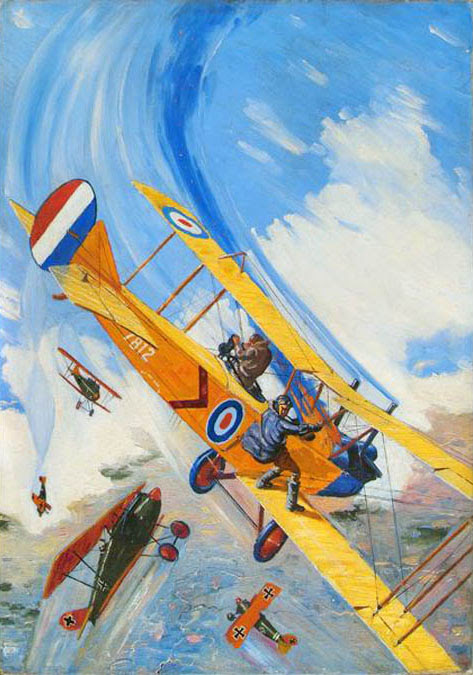 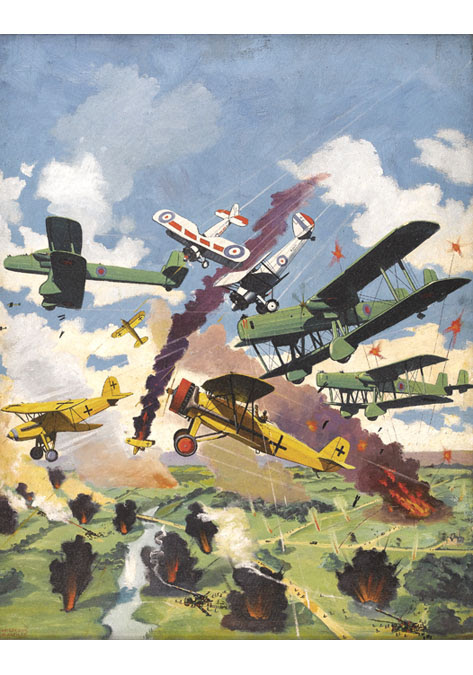 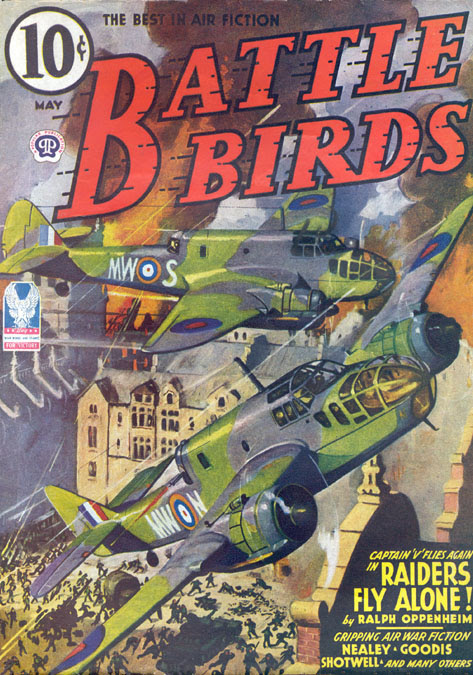 Posted by louisboxer at 4:48 PM