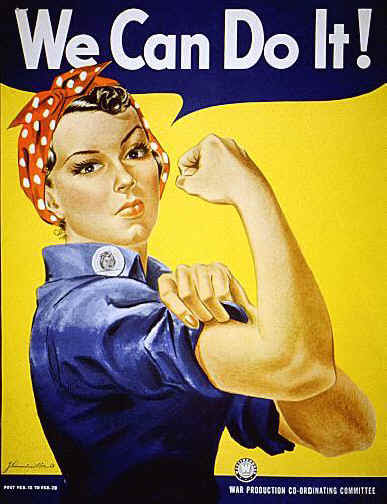 Tellingly, the introduction focuses on the “G.I. second wave” (a weaselly phrase justifying a divided pseudo-generation; only a movement, e.g., an aesthetic movement, can span generations in successive “waves”), about whom Strauss and Howe gush:


Throughout their lives, [late-born members of the GI Generation] have been America’s confident and rational problem-solvers: victorious soldiers and Rosie the Riveters; Nobel laureates; makers of Minuteman missiles, interstate highways, Apollo rockets, battleships, and miracle vaccines; the creator’s of Disney’s Tomorrowland; “men’s men” who have known how to get things done…. No other generation this century has felt (or been) so Promethean, so godlike in its collective, world-bending power.


Godlike! In 1998, Tom Brokaw would insist that “this is the greatest generation any society has produced” — but it seems even that superlative is insufficient to describe the likes of Jack Kennedy, Jack Kerouac, and Jack LaLanne. So I’ve borrowed a moniker for the Partisan’s immediate juniors from a short-lived comic book series by one of my favorite Jacks from this cohort: Jack Kirby. The generational cohort born from 1914-23 may superficially resemble mere homo sapiens, but they are stronger, faster, and smarter than the rest of us; they possess superior technology; and they may even exist in a dimension outside of normal time and space. Let’s call them: the New Gods. 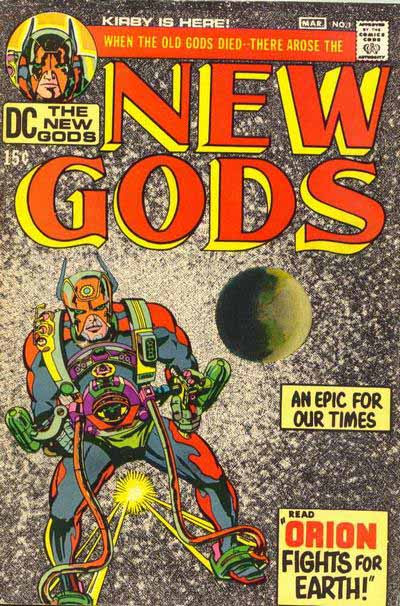 The 1914-23 generation came of age during the Depression, during which time they were kept busy by the Civilian Conservation Corps “getting things done, building things that worked, things that have lasted to this day,” as Strauss and Howe admiringly put it. The Tennessee Valley Authority was the handiwork of youthful New Gods. As adults, the 1914-23 generation fought World War II. After the war, they saved American industry, tamed the business cycle, built the suburbs and moved into them. Or so we hear, again and again, in middlebrow paeans to the cohort that shored up the gains of older (Hardboiled) middlebrows. How did Middlebrow inspire a generation to to say in harness so long, and accomplish so much? What persuasive ideology helped prevent the New Gods from kicking against the pricks? 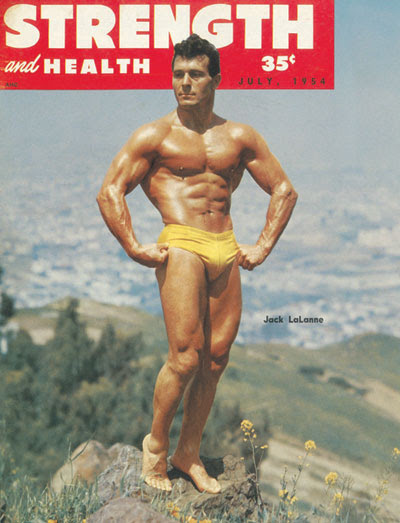 One such ideology, it seems to me, was machismo. The New Gods venerated the macho man, and some deluded anti-middlebrows even hailed him as an antiheroic savior of sorts. This generation produced only one president, but it was the macho JFK, who brought the “best and the brightest” into the White House, faced down the Soviet Union, and put a man on the moon. Astronauts Alan Shepard and John Glenn are members of this generation; so is faster-than-sound test pilot Chuck Yeager. 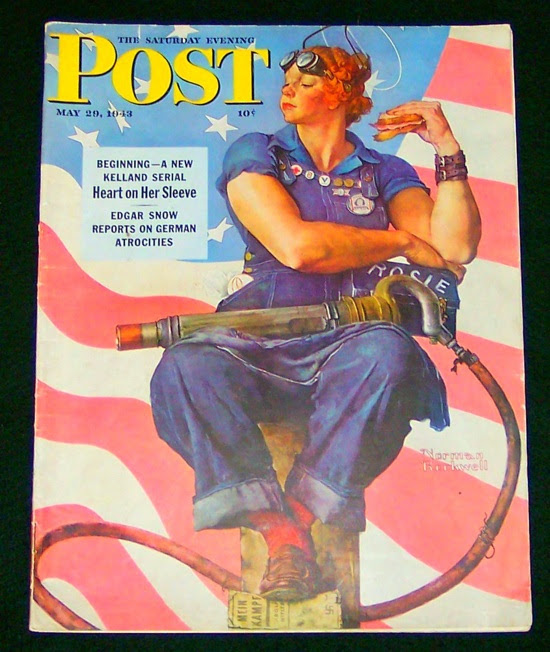 Speaking of Mailer and JFK, in 1960 the former wrote an overheated Esquire essay about the latter titled “Superman Comes to the Supermarket.” America, Mailer claimed, was the land where people still believed in heroes — and it needed a macho hero to rescue it from the triumph of Middlebrow during the Fifties (1954-63).


The film studios threw up their searchlights as the frontier was finally sealed, and the romantic possibilities of the old conquest of land turned into a vertical myth, trapped within the skull, of a new kind of heroic life, each choosing his own archetype of a neo-renaissance man, be it Barrymore, Cagney, Flynn, Bogart, Brando or Sinatra, but it was almost as if there were no peace unless one could fight well, kill well (if always with honor), love well and love many, be cool, be daring, be dashing, be wild, be wily, be resourceful, be a brave gun. And this myth, that each of us was born to be free, to wander, to have adventure and to grow on the waves of the violent, the perfumed, and the unexpected, had a force which could not be tamed no matter how the nation’s regulators — politicians, medicos, policemen, professors, priests, rabbis, ministers, idèologues, psychoanalysts, builders, executives and endless communicators — would brick-in the modern life with hygiene upon sanity, and middle-brow homily over platitude; the myth would not die. 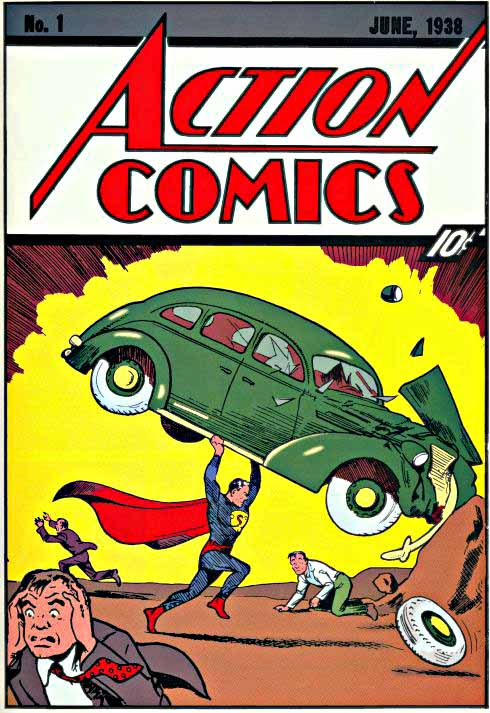 During the Thirties and Forties, superman really did come to the supermarket, as the New Gods ushered in what we’ve been encouraged to regard as the Golden Age of superhero comics. Beginning in 1938 with the debut of Jerry Siegel and Joe Shuster’s Superman in DC’s Action Comics # 1, the comic book made its debut as a mainstream art form. Comic-book authors, artists, and editors born between 1914 and 1923 include the likes of Bob Kane and Bill Finger, Julius Schwartz, Will Eisner, Bill Everett, Carl Burgos, Sheldon Mayer, and honorary New God Joe Simon — who invented and refined comic-book superheroes as we know them: Superman and Batman, Captain America, The Spirit, Namor the Sub-Mariner, Daredevil, The Human Torch, Flash, Green Lantern, Hawkman, and the Justice Society of America. Enjoyable stuff! But with the exception of Jack Cole’s Plastic Man, it’s middlebrow.

Of course, there were New God cartoonists who weren’t middlebrow. Will Elder, John Severin, Dave Berg, Al Jaffee, and former EC Comics publisher William Gaines, for example, brought us Mad Magazine (whose successful formula, I think, is due to the fact that half of its staff were New Gods and half were Postmodernists; more on that some other time). Charles M. Schulz wasn’t a middlebrow, exactly, though Middlebrow would enthusiastically embrace and champion his work. In the late Fifties (beginning in ‘61, to be precise), New Gods Stan Lee and Jack “King” Kirby would give us the Fantastic Four, the X-Men, Thor, the Incredible Hulk, Iron Man, the Silver Surfer, Doctor Doom, Galactus, The Watcher, Magneto, the Inhumans, and many more comic-book superheroes who were neither macho nor middlebrow — at least, they weren’t in their earliest incarnations.

Middlebrow triumphed in the newspapers: Bil Keane, Hank Ketcham, Dik Browne, Fred Lasswell, Mort Walker, Brant Parker, and Reg Smythe gave us the middlebrow strips Family Circus, Dennis the Menace, Hi and Lois, Hagar the Horrible, Barney Google and Snuffy Smith, Beetle Bailey, Wizard of Id, and Andy Capp. Ever wonder why some newspaper strips end, while others go on and on? The answer is: Middlebrow. Many of these strips, whose authors are now retired or dead, are still going — i.e., they’re immortal. 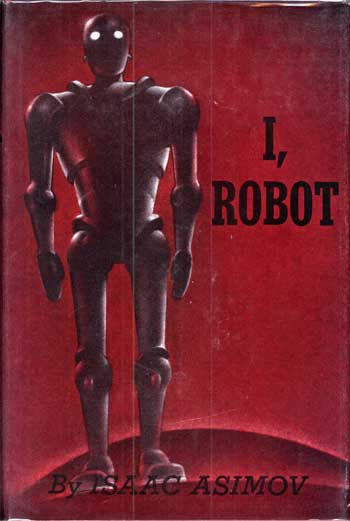 Olaf Stapledon, Philip Wylie, George Bernard Shaw, and other Radium-Age SF authors tended to agree that the superman (whose values and worldview we mere mortals can’t share, or even comprehend) wouldn’t seem friendly but cold, inhuman, alien. Even, or especially when, he is trying to help us — because he’d surely understand himself as a shepherd responsible for the wellbeing of dumb animals, and treat us accordingly. Wylie’s 1930 SF novel, Gladiator, features a superman who is nearly invulnerable (”He was like a being of steel”), runs faster than a train, leaps higher than trees, and hurls boulders like baseballs. He creates a fortress of solitude (in Colorado), fights the Germans in WWI, then adopts a secret identity, moves to Manhattan, and vows to become “an invisible agent of right — right as best I can see it.” It’s that last line that distinguishes Wylie’s man of steel from Siegel and Shuster’s; in the end, Wylie’s superman despairs of flawed mortals and abandons them.

The paradigm shift from pre-Golden Age science fiction and comic-book superhero is a telling one, isn’t it? Small wonder, perhaps, that Middlebrow — which sees itself as a shepherd responsible for the wellbeing of dumb animals, but would never be so foolish as to admit to this fact — admires the Partisans and New Gods (collectively: the G.I. or Greatest Generation) so much, and insists that they ushered in a Golden Age in SF and superhero comics! What Asimov and other historians of SF mean by “Golden Age” is that SF “grew up” beginning in the mid-1930s; at midcentury, Middlebrow was eager to have ’30s-era utopianists grow up. Does this mean that all Golden-Age SF and comic-book authors are middlebrow — witting or unwitting dupes of proto-neocon middlebrows? No, it doesn’t. But it does mean that we should skeptically revisit the so-called Golden Age of SF and comic books. 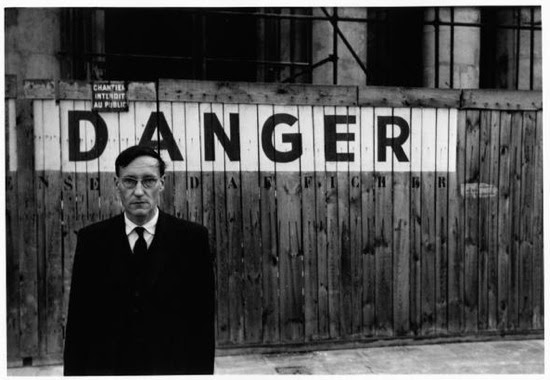 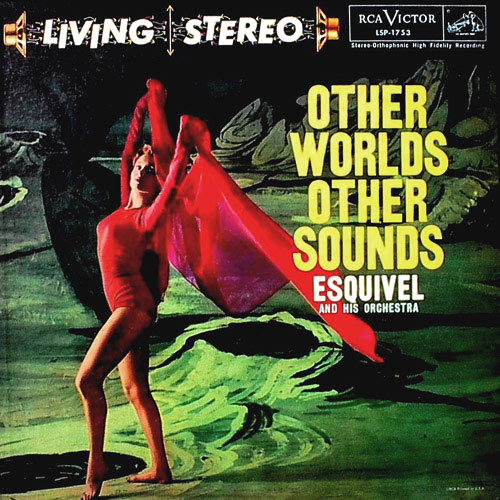 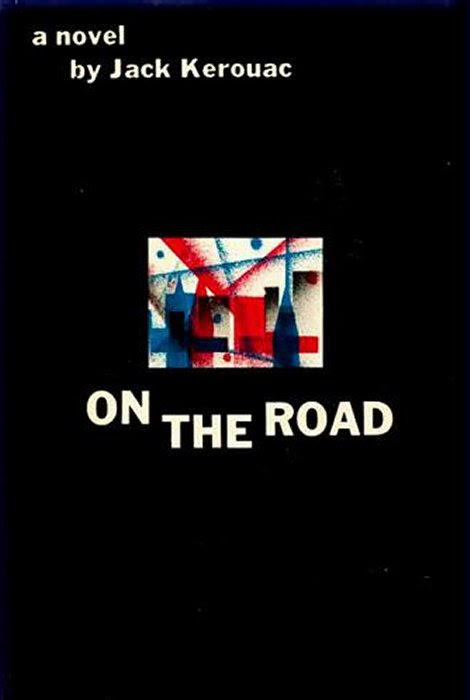 HONORARY NEW GODS: Lee Marvin, Max Roach, Marlon Brando, Rocky Marciano, Audie Murphy, George H.W. Bush (all born 1924). Following the attacks on Pearl Harbor in 1941, at the age of 18, Bush postponed going to college and became the youngest naval aviator in the US Navy at the time; that’s so New Gods.
Posted by louisboxer at 6:38 PM