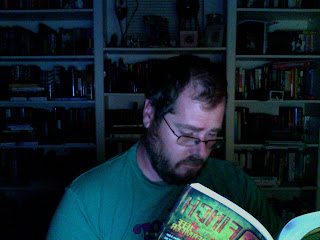 
Lou Boxer is a member of the International Crime Writers Association and chairman of the 2009 Dashiell Hammett Prize Committee. He also is co-creator (with Deen Kogan) of GoodisCon (dedicated to David Goodis) and NoirCon. NoirCon in the purest sense of the word is a forum for all those who appreciate noir can come together to debate, plot, boast, or simply party with like-minded individuals. It is a four-day journey into that abyss (usually in Philadelphia

, the birthplace of David Goodis) that offers everyone involved an opportunity to have a helluva good time looking into the bottomless, downward void that is noir! NoirCon 2010 is scheduled for November 4th, 5th, 6th and 7th – 2010! Visit us at http://www.noircon.info/ and http://www.noircon.com/. For more information about David Goodis, visit http://www.thewriterinthegutter.com/

"Years down the pike, the boast will be: NoirCon. I was there." Ken Bruen 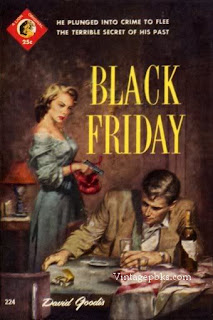 Despite its lean 160 pages, BLACK FRIDAY delivers volumes in two ways. First, it maps the criminal, homicidal and fratricidal tale of Al Hart’s descent into the chilling darkness of Philadelphia, circa January 1950. Second, it is an autobiographical fantasy of David Goodis’s life. Philadelphia is the anathema of David Goodis.

Al Hart is on the lame from the authorities for the murder of his brother, Haskell Hart. Arriving in wintery Philadelphia with only his chocolate-brown flannel suit on his back and ninety-three cents in his pocket, Hart is forced to steal a “genuine, bright-green, Lapama fleece jacket”. Wanted for the shooting death of his brother in New Orleans, he is now guilty of shoplifting. Hart literally goes to ground in one of Philadelphia’s “quieter” neighborhoods – Germantown.

“He wondered if there was a lot of crime in Germantown. If things hadn’t changed there wouldn’t be much police activity up there, because long ago when he was at the University [of Pennsylvania] he saw Germantown as a collection of dignity, just a bit smug and perhaps unconsciously snobbish against the historical background and the colonial flavor.” Chapter 1.

But he soon finds out that he is not the only one on the run and there is no dignity or quiet in the city of brotherly love. Walking along Tulpehocken Street in Germantown, Hart becomes the only witness to the violent shooting death of a man on the run. The victim/gang member, Fred Renner, leaves Hart with a wallet filled with eleven one-thousand dollar bills. Naturally, as the gunmen and leader of a professional gang of burglars, Charley, is interested in getting his money without any witnesses. Using his fists and debonair personality, Hart is able to ingratiate himself into to this tumultuous criminal organization of men (Charley, Paul, Rizzio, Mattone) and women (Frieda, a big platinum blonde and Myrna, an anemic, dark haired waif). Posing as a cold, professional, killer, Hart is forced to travel deeper into the unchartered, savage darkness that will eventually claim him 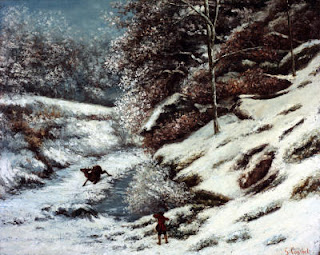 “Hold the legs tight,” Charley said. “Hold them tight.”
Hart took hold of the legs and closed his eyes. The sounds of the hack-saw and the knife were great big bunches of dreadful gooey stuff hitting him and going into him and he was getting sick and he tried to get his mind on something else, and he came to painting and started to concentrate on landscapes of Corot, then got away from Corot although remaining in the same period as he thought of Courbert, then knowing Courbert was an exponent of realism and trying to get away from Courbert, unable to get away because he was thinking of the way Gustave Courbert showed Cato tearing out his own entrails and showed “Quarry,” in which the stag under the tree was getting torn to bits by yowling hounds, and he tried to come back to Corot, past Corot to the gentle English school of laced garments and graceful posture and the delicacy and all that, and Courbert dragged him back. And Charley said, “Hold him higher up.”

Al Hart (AH) is David Goodis (DG). He is well-educated [(AH): studied fine art at the University of Pennsylvania; (DG) studied journalism at Temple University, both in Philadelphia]; he is knowledgeable about the finer things in life[(AH): is well versed in the art works of Corot, Courbert; the Indianapolis 500 (Chapter 11); Schopenhauer (chapter 15); Yachts and a blue Bugatti (Chapter 16);(DG) is a student of jazz, classical music, Luis Buñel, boxing (Kid Gavilan (Chapter 6), wealthy Philadelphians and Hollywood royalty]; he is chivalrous, sensitive and compassionate [(AH): the euthanasia of his brother, Haskell ravaged by multiple sclerosis, his defense of Myrna at the hands of Mattone; (DG): loyal to his family (William, Molly and Herbert Goodis) .

Circumstances arise that place Al Hart and David Goodis on a downward spiral from which there is no escape. There are women, men, cruelty, exploitation, criminality and quixotic dreams that are discarded in a decomposing heap in the gutter of Philadelphia.

David Goodis was thirty-seven years old when BLACK FRIDAY was published. His first novel (RETREAT FROM OBLIVION) was published in 1939 at the age of twenty-two and his second book (DARK PASSAGE) was serialized by The Saturday Evening Post in 1944. Goodis began his ascent to fame and fortune when he was selected by Jack Warner and Delmer Daves to come to Hollywood to be a screenwriter. He was married in Los Angeles (October 7, 1943) only to be divorced in Philadelphia some two-and-half years later (January 18, 1946). This meteoric upward trajectory would only be eclipsed by his rapid, downward descent back to Philadelphia, his family, his friends and his paperback original novels.

“It’s Black Friday and for certain people it’s a day that never ends. They carry it with them all the time. Like typhoid carriers. So no matter where they go or what they do, they bring bad luck.” Chapter 19.

Thirteen years after the publication of BLACK FRIDAY, David Goodis would be dead of a cerebral vascular accident at the tender age of forty-nine on a cold, wintery Philadelphia night in January. He was walking very slowly, not feeling the bite of the cold wind, not feeling anything. And later, turning the street corners, he didn’t bother to look at the street signs. He had no idea where he was going and he didn’t care. Chapter 19.

Despite the parsimonious use of words and action in BLACK FRIDAY, it remains clear that everything begins and ends in Philadelphia in the winter and usually for the worse.

Posted by louisboxer at 4:20 PM