Paradise Cove Is Too Far: Notes on Paul Wendkos by Styephen Bowie 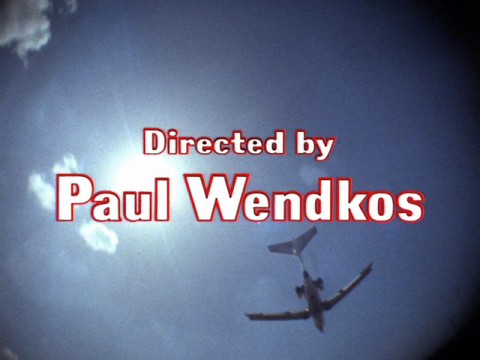 Paradise Cove Is Too Far: It could’ve been the name of one of the sixties TV dramas Paul Wendkos directed, during the years when shows like Naked City and Ben Casey.

Since I started making notes for this piece, good obituaries have appeared in theNew York Times and the Independent, so I don’t feel obligated to outline the whole of Wendkos’s long career.  He began with a regional independent film, The Burglar, which is a common way for directors to enter television now, but was extremely unusual then.  The Burglar is an impeccable film noir.  It derives from a novel by David Goodis, the reclusive Philadelphia native whose home town figures essentially in most of his prose.  Wendkos also hailed from Philly and deployed his camera along its streets with a knowing eye; he was a perfect match for the material, as was surly sad-sack star Dan Duryea.

The Burglar led immediately to a feature contract and a number of mostly commercial films for Columbia, including Gidget and its two sequels, which led off most of his obits.  .  The oddity from among Wendkos’s early films, another indie called Angel Baby, has a small cult following that may grow following its recent sort-of DVD release (in Warners’ new burn-on-demand library).  More on Angel Baby further down.

*
There’s one discrepancy I haven’t resolved, and that’s the question of Wendkos’s age.  Most reference books report his date of birth as September 20, 1922, but the obits all state that he 84 rather than 87.  If I sort out the facts, I’ll report back.  UPDATE, 12/3/09: Lin Bolen Wendkos says that Paul’s birth certificate bears the 1925 date.  No one in the family seems to know how that 1922 business got started.  Intriguing!
Posted by louisboxer at 4:33 AM