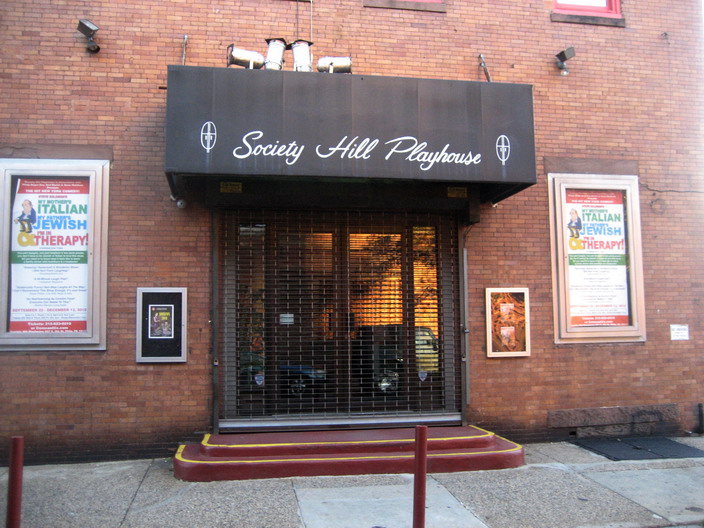 Society Hill Playhouse to be demolished

After months of tense zoning negotiations between neighbors and the developers at Toll Brothers, the Horsham-based luxury development company has decided to demolish the storied Society Hill Playhouse in favor of apartments that align with current zoning regulations.


According to PlanPhilly, the company aims to construct 20 rental apartment units on the 507 S. Eighth St. property with no plans for additional parking on that site. A previous design called for 17 condo units accompanied by 18 parking spaces. Plans for a new garage across the street continue to be muddied by an environmental hazard, as reported by PlanPhilly in October, and are still being resolved.
The century-old, Victorian-style Society Hill Playhouse, which has featured "theatre for people who don't like theatre" since 1960, will cease programming in early March, according to the theater's website. Earlier this month, the theater announced it will close on April 1 and sell off equipment at a yard sale to be held on March 13 at 11 a.m.
http://www.phillyvoice.com/society-hill-playhouse-be-demolished/ 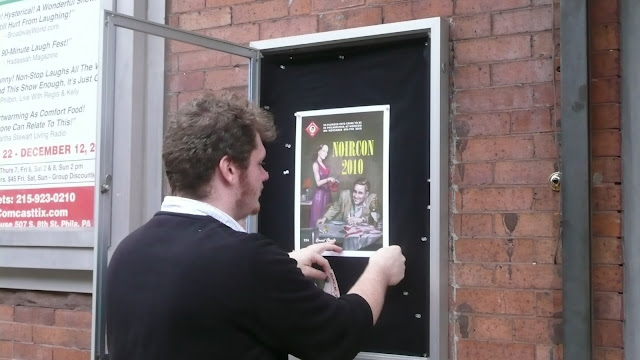 
Three groups of neighbors in the area surrounding 8th and Lombard streets in Washington Square West are staunchly opposed to a proposal that would see Society Hill Playhouse and a two-story garage across the street torn down and replaced with condominiums.
Toll Brothers, the Horsham-based development company, has been in talks with neighbors about the project since the spring. On Tuesday night, Toll presented a revised version of the proposal to Washington Square West Civic Association, which is considering whether to support the developer’s pursuit of a City Council bill rezoning the property. Virtually everyone in attendance at the meeting was outright opposed to the development, saying it would be too tall and doesn’t respect the character of the neighborhood.
Toll has scaled its original proposal down from a maximum height of 60 feet with 24 units and 16 parking spaces to a maximum of 51 feet tall with 17 units and 18 parking spaces. Brian Emmons, a Toll Brothers vice president, encouraged residents at Tuesday’s meeting to go look at the company’s nearby construction project, 410 at Society Hill on Headhouse Square, for comparison.
“Our buyers are going to be spending $500,000 to $1 million on these homes,” Emmons said. “And these folks are just like you.”
Neighbors still aren’t having it—at least the group that showed up for the meeting on Tuesday. The properties in question are zoned RM-1, a low-density multifamily classification with a 38-foot height limit. Most neighbors said they would like to see townhomes built there, if anything.
Residents who oppose the project have organized themselves into three groups which have been meeting with Toll Brothers separately: those who live on the 700 block of Rodman Street, the 700 block of Bradford Alley, and residents of Lombard Mews on the west side of 8th Street. The latter group has hired an attorney.

Toll Brothers also took the opportunity Tuesday night to reveal that, during its due diligence, it has discovered petroleum contamination underneath the garage property on the west side of 8th Street. The company contracted with Tri-State Environmental to investigate the conditions at the site. A representative of the company said on Tuesday that the assessment showed a number of chemicals were present at the site, at levels that exceed statewide health standards. The contamination is substantial, said the representative, but neither Tri-State nor Toll Brothers was able to say how harmful it might be. The garage previously featured drive-in gas service.
Toll Brothers said it has the capacity to remediate the site but wouldn’t do so before purchasing the property. That purchase would be contingent on having zoning for the development approved. Contamination has not been found beneath Society Hill Playhouse, the company said.
Given the environmental issues, Toll Brothers said that if a zoning change was adopted in Council, it would start work on the Society Hill Playhouse site next summer and be finished within a year. Deconstruction of the garage across the street, remediation, and development of the project on that side would take around two and a half years, Emmons said.
Paul Boni, the attorney representing Lombard Mews residents, said that the mention of the environmental issues from Toll Brothers felt like a threat to coerce neighbors into supporting the project lest the contamination go unchecked. He said the property’s current owner, Frederick Simeone of the Simeone Foundation, has the means to clean up the site and should be held responsible for doing so.
“When I hear it, I know you don’t mean it as a threat, but it sounds like a threat,” Boni said.

Councilman Squilla told PlanPhilly late last month that he was waiting on negotiations between Toll Brothers and neighbors to shake out before deciding whether to introduce rezoning legislation. (Toll has hired lobbyist and former Councilman Frank DiCicco, Squilla's predecessor, as a consultant on the project.)
Washington Square West Civic Association has yet to take a formal position on the project. There was no vote at Tuesday’s meeting, but the board went into a private session after the public meeting adjourned, and Judy Applebaum, a board member who led the meeting, said the group would report the neighbors’ position to Councilman Squilla.
Paul Boni stood toward the end of the meeting to convey his clients’ opposition to the project and to denounce the process of legislative rezoning for specific projects. He said that if Toll Brothers wants to build something the zoning code doesn’t allow it should have to make its case and face opposed neighbors at the Zoning Board of Adjustment. (Residents can testify at City Council when a zoning bill is up for adoption, but developers don’t have to prove they have a hardship there.) Boni, who is currently suing the city and Councilman Squilla for spot zoning in a case related to developer Michael Samschick’s Canal Street North project, questioned why the civic association would support legislative rezoning.
“Why would you not only support it but support it in a way that deprives [residents] of their right to oppose it at the zoning board?” he asked.
Society Hill Playhouse, which has been putting on shows since the late 1950s, also has yet to make any announcements about a possible closure. Deen Kogan, who started the playhouse with her husband, Jay, a former assistant L&I Commissioner who died in the early 1990s, told PlanPhilly last month that she didn’t have any information to share about the playhouse closing or the development that might take its place.
Posted by louisboxer at 5:09 PM No comments:

Noir Burns Bright For All To See! 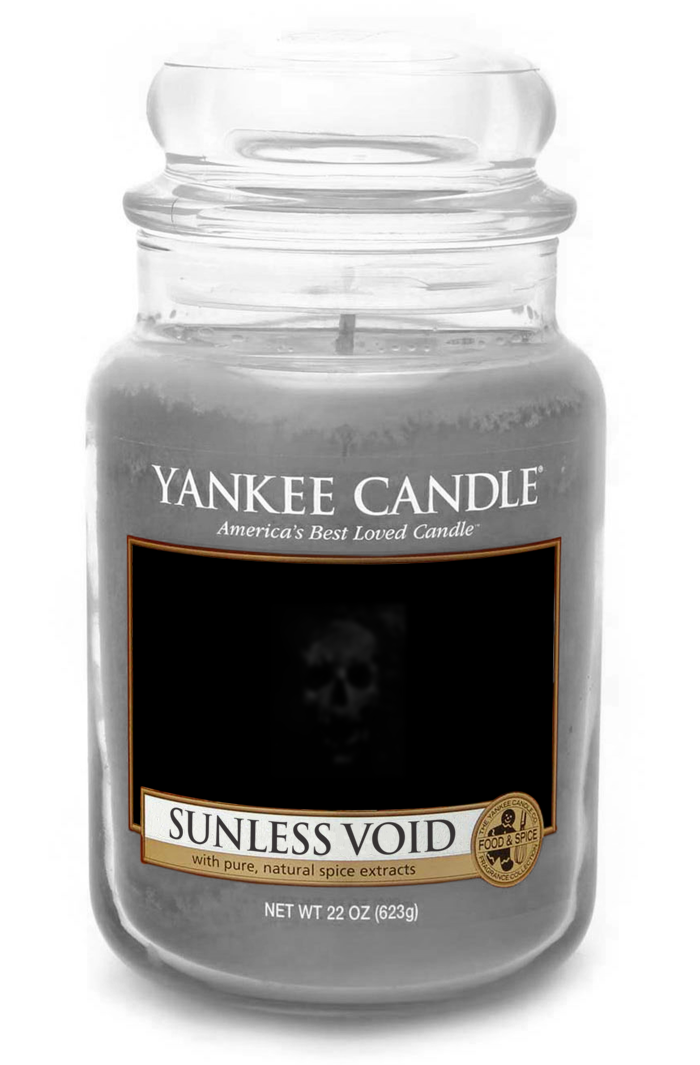 Posted by louisboxer at 4:37 PM No comments:

Poetry anthology Bareknuckle has Howl at its heart The advent of a new Australian literary magazine is almost always welcome. Well-established journals such as Meanjin, Southerly, Westerly and Island have managed to survive for decades (sometimes half a century or more) but always with difficulty. Others such as Quadrant, Overland and Griffith Review, ­despite their overriding social and political concerns, have provided ­important venues for emerging (and vanishing) poets and fiction writers. It is easy to smile at Frank Moorhouse’s jibe that “Meanjin” is an Aboriginal word meaning “rejected by The New Yorker” but the annoying truth of it does not makeMeanjin and its cohorts any less important.
It may also be instructive in this context to recall that Meanjin originated in Brisbane. The editors of Bareknuckle Poet: Annual Anthology, Brentley Frazer and AG Pettet, have substantial track records in Brisbane and much of the writings in this collection have that city’s subtropical atmosphere and a strong sense of the Brisbane River winding through it.
On the other hand, Frazer and Pettet clearly have national and international ambitions. As well as a miscellaneous section of poetry sourced from Melbourne, Sydney and elsewhere, they have sections devoted to the ­poetry of cities where, at the editors’ instigation, 60th-anniversary performances of Allen Ginsberg’s Howl were staged: Brisbane, Sydney, Launceston and London. The anthology’s selection of fiction and nonfiction has a similar range — but again, Brisbane is prominent.

There are 26 pages of Baudelaire translated by Jim Nisbet
Posted by louisboxer at 3:43 PM No comments:

THE APEX OF ROMANTIC NOIR: THE CLIMAX OF _BLACK FRIDAY_
The Friday the 13th robbery went terribly wrong, with one gang member being killed by a guard dog and Hart (the hard luck protagonist) having pushed Charley’s arm when he was about to shoot a caretaker trying to protect his employer. Back at the hideout, Charlie--the boss of the criminal family-- now knows Hart is not a “professional.” Because Charley is, he levels his gun at him. Myrna’s eyes suggest Hart make a break. They had established a deep, almost wordless communication with each other. That the thin, ethereal Myrna opened herself to her brother’s killer shows that she knew he was a benevolent person who had to assume for a time the persona of a hard man to stay alive.
Hart could not know that Myrna would throw herself in front of Hart as he ran for the door. She takes the bullet in the head.
Myrna’s act mirrors the caretaker’s in trying to protect his employer. That succeeded, thanks to Hart. But that plot twist serves to make it clearer that fate, as in Down Here, Cassidy’s Girl, The Street of the Lost, The Moon in the Gutter, is an implacably merciless “let-down artist.”
Now Hart has no more interest in escaping. But Charlie no longer cares to shoot him. Contemplating the death of Myrna, he feels “it’s caught up with me.” He was in fact very protective of the gentle waif, allowing her to stay on after her brother’s death if she promised not to leave the house.
Hart walks out into the cold wind, not caring even to observe the street signs. “He had no idea where he was going, and he didn’t care.” The apex of doomed pulp romanticism, Black Friday’s final chapter is as dramatic and as bleakly noir as any in Goodis.
When René Clement made “. . . and Hope to Die,” based on Black Friday, he made the perfect choice to play Charley, the aging Robert Ryan, his stressed face a study in pained perseverance. 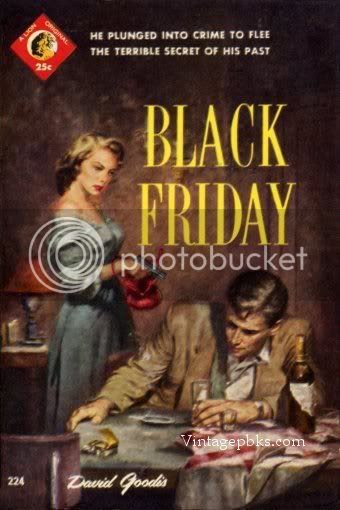 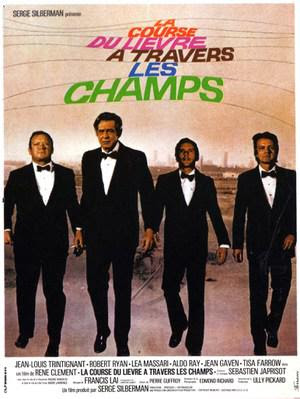 Posted by louisboxer at 8:41 AM No comments: 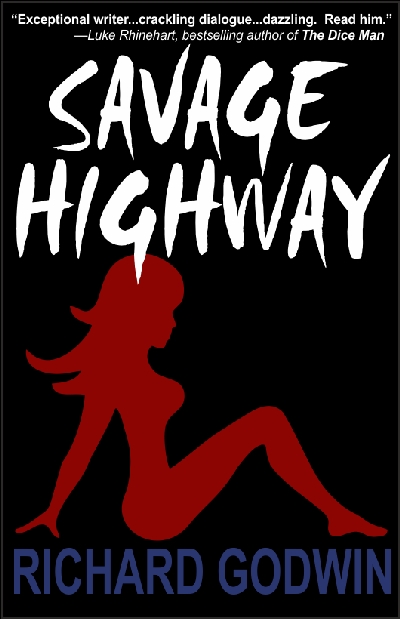 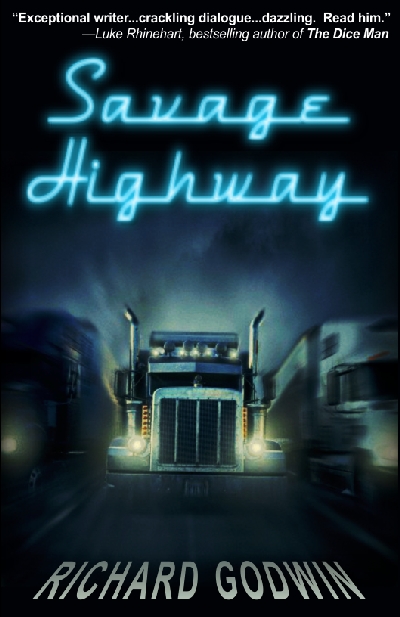