Poetry anthology Bareknuckle has Howl at its heart 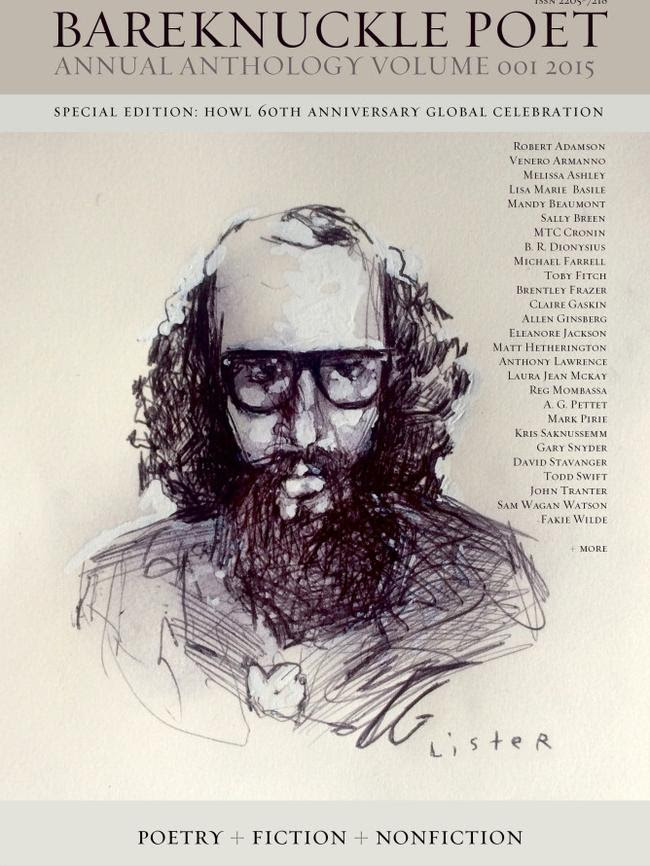 The advent of a new Australian literary magazine is almost always welcome. Well-established journals such as Meanjin, Southerly, Westerly and Island have managed to survive for decades (sometimes half a century or more) but always with difficulty. Others such as Quadrant, Overland and Griffith Review, ­despite their overriding social and political concerns, have provided ­important venues for emerging (and vanishing) poets and fiction writers. It is easy to smile at Frank Moorhouse’s jibe that “Meanjin” is an Aboriginal word meaning “rejected by The New Yorker” but the annoying truth of it does not makeMeanjin and its cohorts any less important.
It may also be instructive in this context to recall that Meanjin originated in Brisbane. The editors of Bareknuckle Poet: Annual Anthology, Brentley Frazer and AG Pettet, have substantial track records in Brisbane and much of the writings in this collection have that city’s subtropical atmosphere and a strong sense of the Brisbane River winding through it.
On the other hand, Frazer and Pettet clearly have national and international ambitions. As well as a miscellaneous section of poetry sourced from Melbourne, Sydney and elsewhere, they have sections devoted to the ­poetry of cities where, at the editors’ instigation, 60th-anniversary performances of Allen Ginsberg’s Howl were staged: Brisbane, Sydney, Launceston and London. The anthology’s selection of fiction and nonfiction has a similar range — but again, Brisbane is prominent.

There are 26 pages of Baudelaire translated by Jim Nisbet
Posted by louisboxer at 3:43 PM