The Final Curtain: NOIRCON prepares to say good-bye to its birthplace. 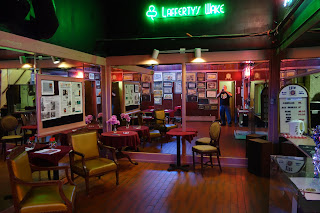 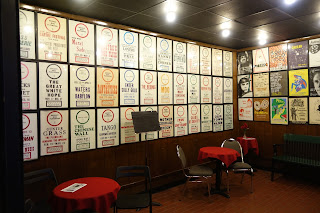 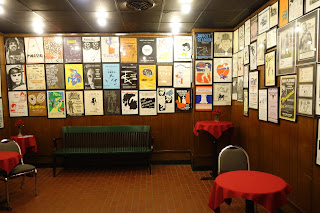 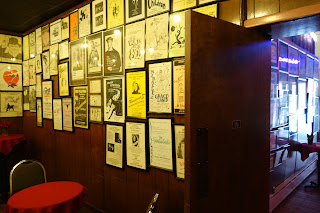 Society Hill Playhouse closing - cofounder recalls 5 highlights
After almost 56 years of community theater, the Society Hill Playhouse is expected to close on April 1. It's putting on one last premiere - a two-night show Friday and Saturday - titled Liberty Radio Theatre, by Bill Arrowood. It's a show modeled after classic radio drama.
"For an old-timey show like this, the Society Hill is the right room," Arrowood said. Deen Kogan, who cofounded the theater in 1959, is "a big noir buff," Arrowood said, "so I wrote the last episode of the play for her." (On March 19, the theater will host "Noir at the Bar," a gala night of readings by noir authors in honor of the theater and its longtime role as host of NoirCon.)
"I'm not happy about closing it, but everything comes to an end," Kogan said. "It has given me things in life I would never have imagined."
Asked to pick five highlights of her years at the Society Hill, Kogan thought for maybe half a moment and offered this list:
"The time in 1974 when Arlen Specter, who was not yet a U.S. senator at the time, came to see our production of An Evening with Richard Nixon, by Gore Vidal. I don't think he knew it was satire - he left after the first act!" And Mayor Kenney was "in our first production of Lafferty's Wake" by Susan Turlish in 1998."
"Working with so many great actors, both people off the street and Richard Roundtree, who acted on our stage before he was John Shaft, and Kevin Bacon, who acted here when he was a kid, in our Philadelphia Youth Theater."
"All the so, so many U.S. and European playwrights and plays for which we had the Philly debut. Plays like Peter Weiss' Marat/Sade - one my favorites and my husband Jay's very favorite - and Bertolt Brecht's Mother Courage or The Threepenny Opera, or Jean Genet's The Blacks, or The Changing Room by David Storey."
"I loved the things we did outside the theater, too. Brecht's Good Woman of Setzuan at the Art Museum. And we did a street theater program for three years in every neighborhood in the city, composed of kids and adults. We started it in 1968, after Rev. Martin Luther King was killed, and did it for three years. We put a group of actors on a flatbed truck and acted performances in neighborhood after neighborhood."
"And the time we opened the cabaret space. We did a piece called Nunsense by Dan Goggin that I thought would last five weeks - and it ended up running at the theater and elsewhere for 10 years. I'm involved with Port Richmond Books, and they have a large space there that I'm thinking of setting up a cabaret, if all goes well."
jt@phillynews.com
Read more at http://www.philly.com/philly/entertainment/20160305_Society_Hill_Playhouse_closing_-_cofounder_recalls_5_highlights.html#4bE78B8PYhdMp6yx.99
Posted by louisboxer at 8:04 AM