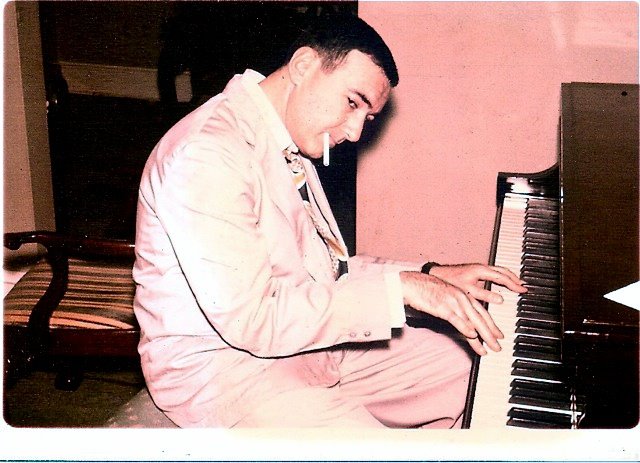 THE 1940s was, by anyone’s reckoning, a decisive decade for noir master David Goodis. He married and divorced Elaine Astor, scripted for radio serials, wrote a number of screenplays, and published three novels, including his breakout hit Dark Passage (1946). Although his work and his fate are irrevocably bound to his native Philadelphia, he spent the larger part of the ’40s in Los Angeles. As a lifelong devotee of jazz and of the world surrounding it, he reputedly made periodic visits to L.A.’s Central Avenue, when the music played there — an amalgam of jazz and blues later packaged as Rhythm and Blues — was at its creative peak. It’s a music and a place that I tried to evoke in my novel Cry For a Nickel, Die For a Dime:
They drove.
Into the heart of the matter.
Central Avenue.
Once the Harlem of the West.
Back when black night was falling and white punters were pouring down like a shower of rain.

Of course, by 1960, when Cry For a Nickel is set, the lights on Central Avenue — a.k.a. the Main Stem, the Brown Broadway, or simply The Block — had all but gone out. Most of the clubs were boarded over and the music had been co-opted by corporate and criminal concerns. But in the mid- to late 1940s, Central Avenue was still a vital thoroughfare for African-American music and culture.

The rest of the piece may be read at the following site:
https://lareviewofbooks.org/article/black-night-falling-david-goodis-central-avenue/
Posted by louisboxer at 3:38 PM