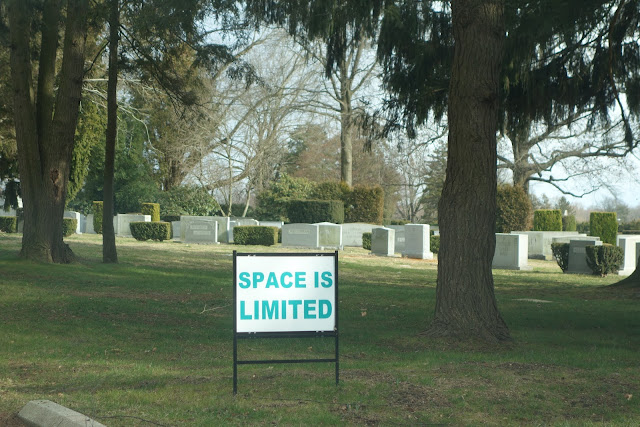 Posted by louisboxer at 8:13 AM No comments:

Pulp According to David Goodis
Goodis’ contradictory stories of hopeless entrapment and heroic struggle for change have protagonists who can accept a world where God may be crazy, but a man in charge of himself does not have to remain so.

RETREAT FROM OBLIVION is the title of Goodis’ first novel.


A green Victoria coupe with chromium wheels and a black canvas top whisked around the corner as if someone had just given it a hard shove.  At another time Herb would have wondered why they let people like that take out a license.  But now he stood waiting outside the entrance to the apartment house and did not notice the car nor the turn it made until it was screeching alongside the curb, and then jolting like a bronco, stopping before his eyes.  The door was being pushed open, left open, the motor running as she [Dorothy] jumped out of the car.  She was rushing toward him and he knew it was she and she was coming to him.  That was all he wanted to know.
[RETREATS FROM OBLIVION]

He hung up.  He hurried back to the depot and saw the bus gliding into the parking space alongside the waiting room.  The passengers formed a jagged line and going into the bus they moved hungrily toward the empty seats.  Parry found a seat in the rear of the bus and gazing frontward he saw the man in the straw hat sitting next to the skinny woman and the two children sat together across the aisle.  The driver came hopping into the bus and closed the door.  A few people on the outside were waving good-by.  The driver started the motor and then he faced the passengers and he said, “All set?”
[DARK PASSAGE]

Martha placed the revolver in Fraser’s extended hand.  That made two guns on Fraser’s side.  The guns aimed casually in the direction of John, but John wasn’t looking at the guns.  He seemed far away from the whole business.  He didn’t even blink when he heard the sirens, although he knew they were coming toward him and toward no one else. [NIGHTFALL]

Tonight and from here on she [Agnes] would sleep upstairs in a decent room. [BEHOLD THIS WOMAN]

They began to put the books and papers back in the desk, Ballard watched her as she worked at his side, arranging the desk, preparing it for the continuation of his work, the function of his badge, the purpose of his existence. [OF MISSING PERSONS]

“It’s all right.”  He swallowed the heaviness but still he wasn’t able to look at her.  “I’ll be all right in a minute.  Then I’ll tell you what it is.” [CASSIDY'S GIRL]

He walked out and closed the door and started across the pavement.  But something caused him to turn and look back.  And through the door window he saw the dark hallway in there and a thing glowed in the darkness.  It was the platinum-blond hair, going away.  Going farther and farther away and gradually drowning in the shadows. [OF TENDER SIN]

He nodded very slowly, and his eyes took her toward the place where her (Bertha) next home would be, telling her it was just a short walk across the street to the first floor front. [STREET OF THE LOST]

But he saw Gladden’s arms reaching toward him, and it was Gladden, it was Gerald’s child, and there was only one thing to do, the honorable thing to do.  He went down toward Gladden and got to her and held her and tried hard to lift her and himself up through the water and couldn’t do it and they went down together. [THE BURGLAR]

He had no idea where he was going and didn’t care. [BLACK FRIDAY]

Lenore lifted a finger and beckoned to him.  He moved toward her. [THE BLONDE ON THE STREET CORNER]

They sat there passing the bottle around, and there was nothing that could bother them, all. [STREET OF THE LOST]

The touch of her hands was warm and soft.  Feels nice, he thought.  Feels so nice. [THE WOUNDED AND THE SLAIN]

He opened his eyes.  He saw his fingers caressing the keyboard. [DOWN THERE]

She uttered a sigh and leaned against him.  And then, wanting to give him something, wanting him to know she was his and he’d have her for always, she lifted his hands to her breasts.  [FIRE IN THE FLESH]

Lillian started to close the door.  Then she looked at him.  It went on like that for awehile.  Then she openedthe door wider and said, "All righty, come on in."[NIGHT SQUAD]

He said all right, he’d be home soon. [SOMEBODY DONE FOR]

The final sentences of five later ones are as follows:


Unusual for a pulp noir writer.
Posted by louisboxer at 7:44 AM 1 comment: 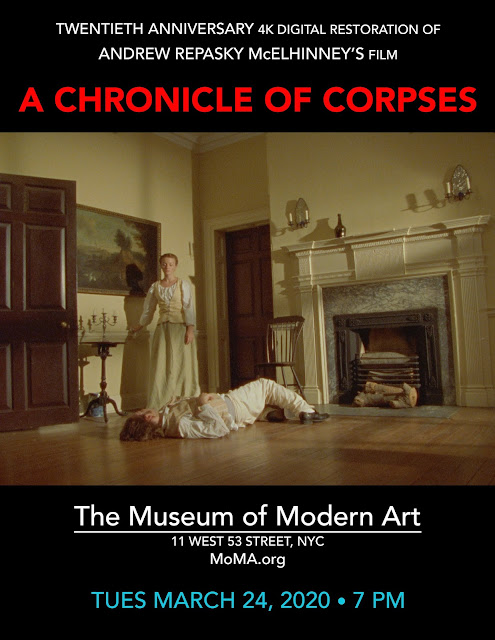 A Chronicle of Corpses. 2000. USA. Written and directed by Andrew Repasky McElhinney. With Marj Dusay, Oliver Wyman, Margot White. Digital projection. 83 min.
The Elliot family plantation is as withered and rotten as the remaining family members. Once prominent, the clan is now fearful of a real or imagined supernatural force beyond the walls of their moldering mansion. Dementia and alcohol haven’t helped, either, but at least there is Sara, the youngest member of the family, who could rescue their reputation. But the enigmatic horrors in the tangled woods might just be unavoidable retribution for the days when the Elliots were slave owners.
Shot in 16mm, when director Andrew Repasky McElhinney was in his 20s, A Chronicle of Corpses draws from a cinephile’s love of Gothic horror films, while establishing its own unique visual language, aided by cinematographer Abe Holz. The atmosphere is both languid and charged, the actors are keyed up with fear yet move like zombies, and the narrative is intentionally old-fashioned and reliant on such key antecedents as Night of the Living Dead.
Andrew Repasky McElhinney joins us to introduce the 4K restoration of A Chronicle of Corpses on the 20th anniversary of its release.
Posted by louisboxer at 6:56 AM No comments: